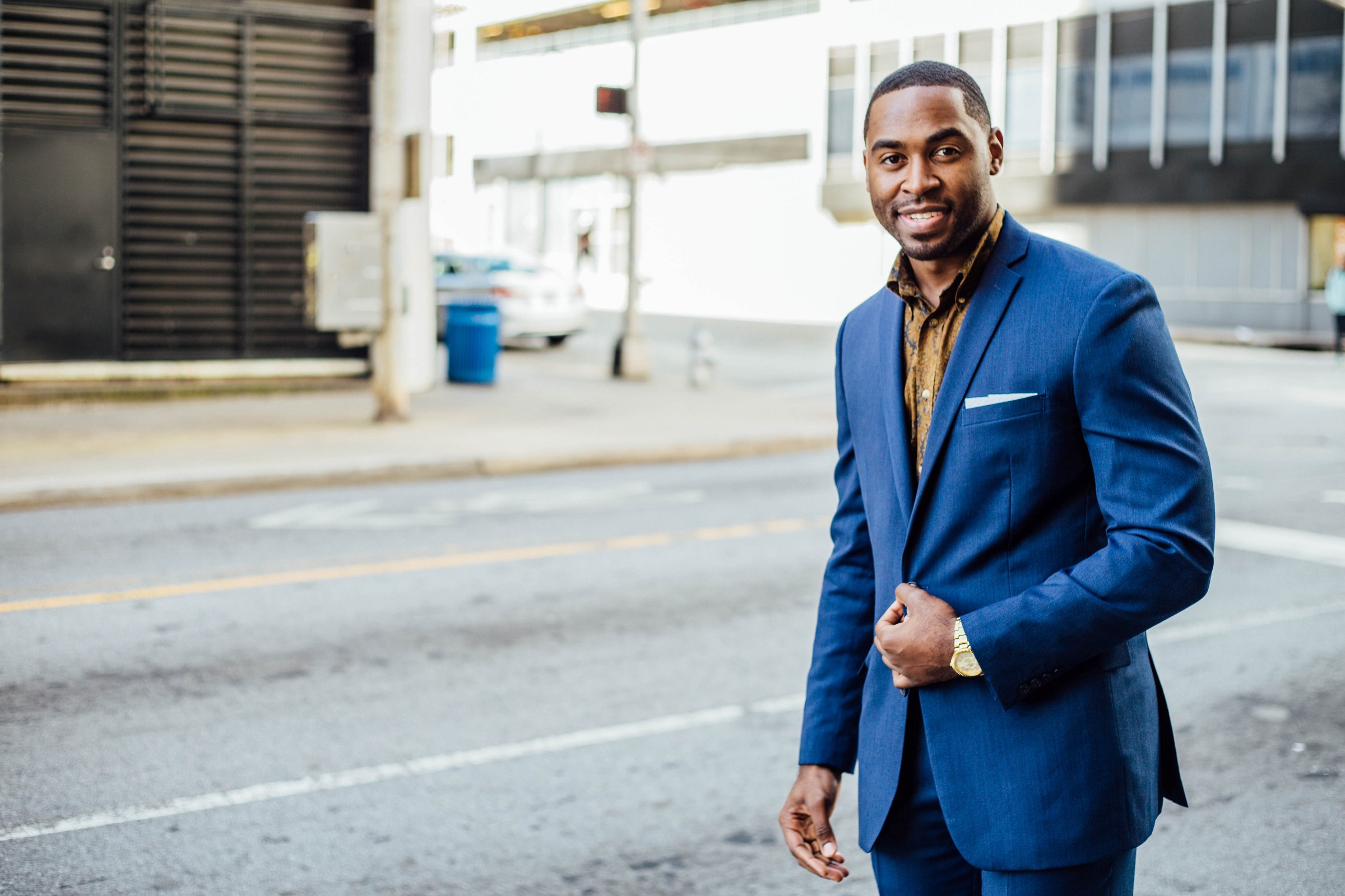 “I don’t know what I’m supposed to do, but I know what I can do.” – the young Captain Kirk

Learning this has helped guide me through times of uncertainty and chaos. Being a young black male who grew up without my father in my home, I never knew what growing up in a fatherless home meant until I reached an age in which it became harder to find people willing to help me tackle life’s many problems that are unique to black males.

Critical thinking and reason helped navigate my way through uncertainty, unfamiliar paths, and situations most Americans have not experienced. If something works, it works. If it doesn’t, it doesn’t. Results had little to do with how someone else felt about me or how I felt about them. The mission, the goal, progress were bigger than me.

That’s what kept me focused during times of uncertainty. So while most of my non-black friends had tried and authentic traditions that sustained them in life, my life’s journey consisted of more trial and error, and logical analysis of how to get from “A” to “B” without falling prey to the landmines that so often dot the path of the young black male. I didn’t know what I was supposed to do, but I knew what I could do. Looking at each situation objectively, I made the logical decision that would move me closer to my goal.

That is why it was taken aback when I saw that objectivity, linear thinking, competitiveness, hard work, emphasis on the scientific method, and the family structure were deemed characteristics of “Whiteness,” according to the National Museum of African American History. I was confused, saddened a later angry. These are traits that have defined my journey in life. Besides my initial knee-jerk reaction, I had so many questions. Where did they get this information from? Who sanctioned this? Why are they discussing “whiteness” in an African American history museum? If this is “whiteness” then what is “blackness”? What do they hope to accomplish with this? Does this make me “white”?

As far as I can tell, these are all traits that have defined success within every culture on this planet. Our progress as a species has been predicated on the scientific method, competition, and family structure. Marriage is a universal union, the Chinese and Egyptians used science to make significant discoveries, and almost every human society is lead by the most competitive. I can go on, but the real elephant in the room is that deep down inside, I believe that those who created that graphic do not think they are sitting at the same table with everyone else. The thought brings chills down my spine because it reminds me of one of my first experiences in Chicago.

The first time I rode a bus with my white girlfriend on the southside of Chicago. We had just finished playing tennis on a tennis court around 35th street. I was new to the city, still exploring and figuring things out. My girlfriend and I were quite adventurous. We would go to various areas to check the vibe as it were. On that bus ride, I noticed a child who couldn’t have been more than 8 or 9 years old.

He kept staring at us, so I had to look back. What I saw would change my life forever. He stared at my girlfriend as though she was more than human. She was beautiful in her own right, I liked her, but she was just someone trying to figure life out just like me. But the look in his eyes said she was more. She was something or someone that he could not begin to aspire to, something his parents failed to teach him he was, human. I was shocked and deeply saddened.

This was the first time in my life I saw that look in someone’s eyes. That was my welcome to Chicago. Coming from a small city in the south that was majority black, even in poverty, I never questioned my legitimacy as a human being.

The message sent by that graphic, critical race theory, white fragility, and similar lines of thought is that we, as black people (especially black males), are lesser human beings in the context of our society. If that isn’t the message, why do we need a slogan “Black Lives Matter”? My life has always mattered, and I have something to contribute to society. It is beyond my comprehension of how the victim’s narrative can assist any man, woman, or child in finding inner strength, make critical decisions, and overcome adversity.

I don’t have a problem with the idea of “black lives matter.” But it deeply saddens me to say that black people need to understand, more than anyone else, that black lives not only matter, but are essential to American society. What would America be without the civil rights movement, MLK, Malcolm X, hip-hop, the Bronx, the Harlem Renassaince, Oprah, and Barack Obama? 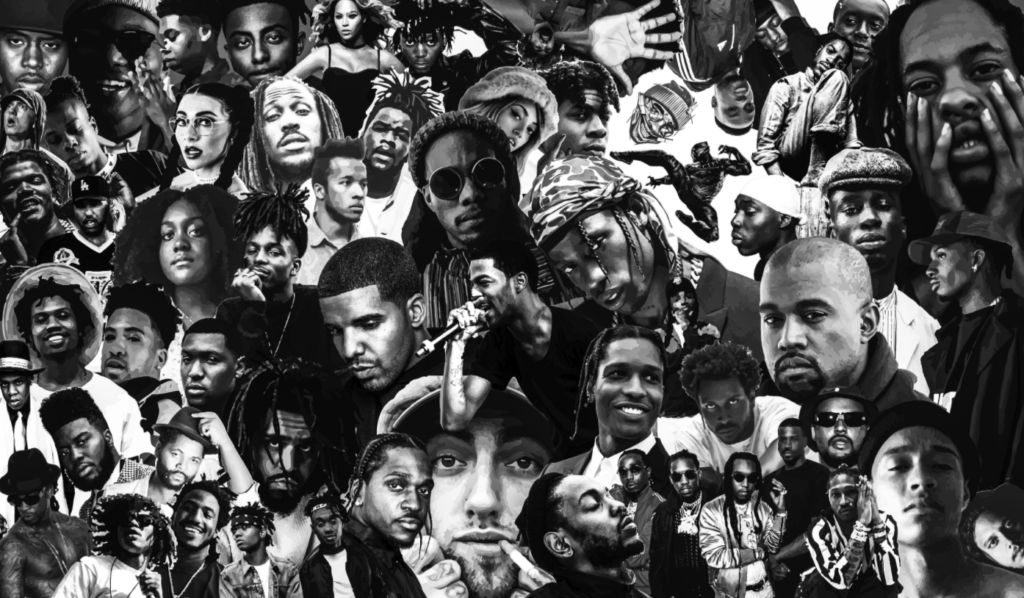 Our perspective, culture, and experiences are some of the many things that make America great. Yes, I said it, don’t care if that term “great” has been politicized. Part of objectivity is compartmentalizing information. America is an amazing place when you look at it in the context of our modern-day society and where we are in human history. We have our problems, but you don’t solve problems by creating more problems or fanning the flames of past grievances and hate. You don’t empower people by telling them they are powerless. All humans need something to believe in and something to aspire to. We need meaning amidst the suffering that is either real or imagined.

That brings me back to that quote. I don’t know what I’m supposed to do during these unprecedented times. Still, I know what I can do, continuously and unapologetically remind us, humans, Americans, and Black Americas that we are capable of great things with the only prerequisite being the belief that we are capable.

Five Pitfalls of the Information Age

Components of Work: How things Get Done