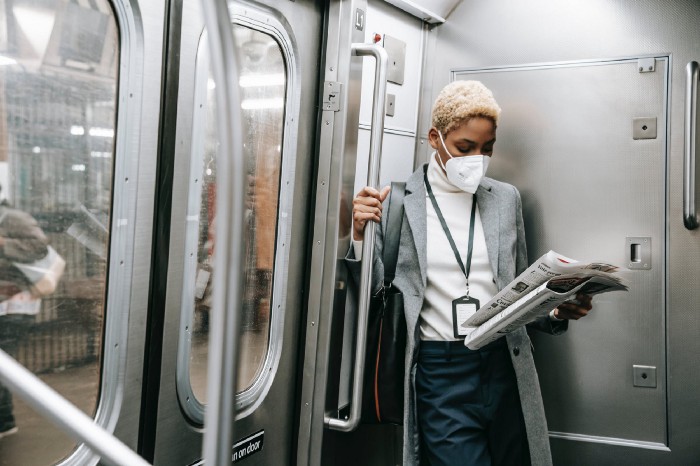 The internet allows anyone, anywhere, to record, communicate or convey information at any time. Although this in itself is revolutionary, it’s not without its pitfalls. The internet is reeling with misinformation. There are groups such as Q-Anon and flat earth theorists who have genuinely abandoned reality for far-fetched conspiracies. Grifters and snake-oil salespeople are more than willing to tell you what you want to hear for the enormously high price of your attention, likes, comments, and feeding the beasts we call algorithms.

The truth is that we are in an infantile stage of the information age, the wild wild west in which there are many winners or losers, predators and prey. Some have taken advantage of these conditions, and others have fallen prey to common falsehoods, schemes, and scams. I regret to say that most people fall in the latter category.

But how did we get here?

And what can we do about it?

The vast majority of us still believe in the “gatekeepers” in the form of the news media, experts, TV personalities, and social influencers and take them at their word.

Others know something’s amidst. Like the matrix, they can feel that something is wrong, but can’t point out what is wrong.

To tell someone that the “news” is no longer “news” is to shatter long-held beliefs and paradigms, leaving many fragile and vulnerable.

We do not know how to deal with this influx of information, freedoms, and responsibility of “knowing” without our traditional gatekeepers.

They are left with two options.

They can either learn and train their minds to think independently or choose another master. Unfortunately, the latter are the Q-Anaons, flat earthers, and other weird conspiracy theories circulating online.

If you choose to venture out into the wild wild west of the online world you have to sift through billions of hours of content. Everyone IS the media.

The mainstream news media we are used to has struggled to compete with the increasing decentralization of information. They have added more sensationalism and fear-porn focused on keeping your eyes glued to a screen in an effort to boost viewers.

The problem for the news media is that the pesky internet always keeps its receipts. I can give stunning examples of mainstream narratives that fizzle away once you see ordinary people and bootstrap journalists posting live videos of incidences the news media disingenuously framed as something other than the actual account of what happened.

Yet, we as human beings possess an inherent need to believe. We need things to make sense. And just as our physical muscles do not like the process of being strengthened, our minds are resistant to information that doesn’t fit into our model of how things should be.

We find ourselves asking the question: “Whom do can I trust?” That’s the wrong question. And is doomed for the inevitable failure. It’s similar to asking, what stocks should I buy? Wrong question.

We can appropriately deal with the information age by training ourselves HOW to think, not seek WHAT to think, and place less value on WHO to trust. Yes, it’s a tall order, but just like hitting the gym every day, you have to do something if you value your mental health, and transcendently, our society’s health.

Everything in life exists on a spectrum. There are times that you have no choice but to seek out someone to trust. We can not possibly be experts in every aspect of life. However, we can understand that all humans are fallible and predisposed to confirmation bias and groupthink. All situations are fluid and dynamic, so there are few absolutes in life.

If you search for confirmation instead of information, you will find what you are looking for. The key is to be more intentional than “keeping an open mind.”

I must emphasize the importance of searching, finding, processing, and using information beyond what is sold to us by our environments.

Just to clarify, there two dire issues our society faces.

The only way to deal with these issues is to inform and arm the individual with the tools to process the endless flow of information available to them every day. No one should have to choose between the lesser of two evils although it seems like we’ve been doing a lot of that lately.

The news media is nothing more than corporations vying for viewers and advertiser dollars. The internet, however, is a free and open space. Anything can be found online and is not relegated to the big tech corporations that dominate so much of the information we find.

Since I was a young child growing up in poverty, I understood that the only logical answer to my situation was education, not a formal education per se, but miseducation, as Lauryn Hill would say. I knew the more I learned about the world around me, the more I would increase my chances of navigating a world banking on my failure.

I had to commit to a life of learning.

Daniel Schmachtenberger, a founding member of The Consilience Project, an organization with the specific purpose of improving public sense-making and dialogue.

He outlines three areas of “epistemology” we must strive to master. An epistemic is defined as: “of or relating to knowledge or the conditions for acquiring it.”

These are Daniel’s views told from my perspective.

I’ll go further into how we can deal with these in my article Navigating the Online World. However, if you do nothing more, I advise you to get familiar with the internet outside of your everyday habits.

Things You Should Know Before 30

6 Reliable Tips for Mastering The Art of Online Research

The Ultimate Cheat-Sheet to Goals and Objectives