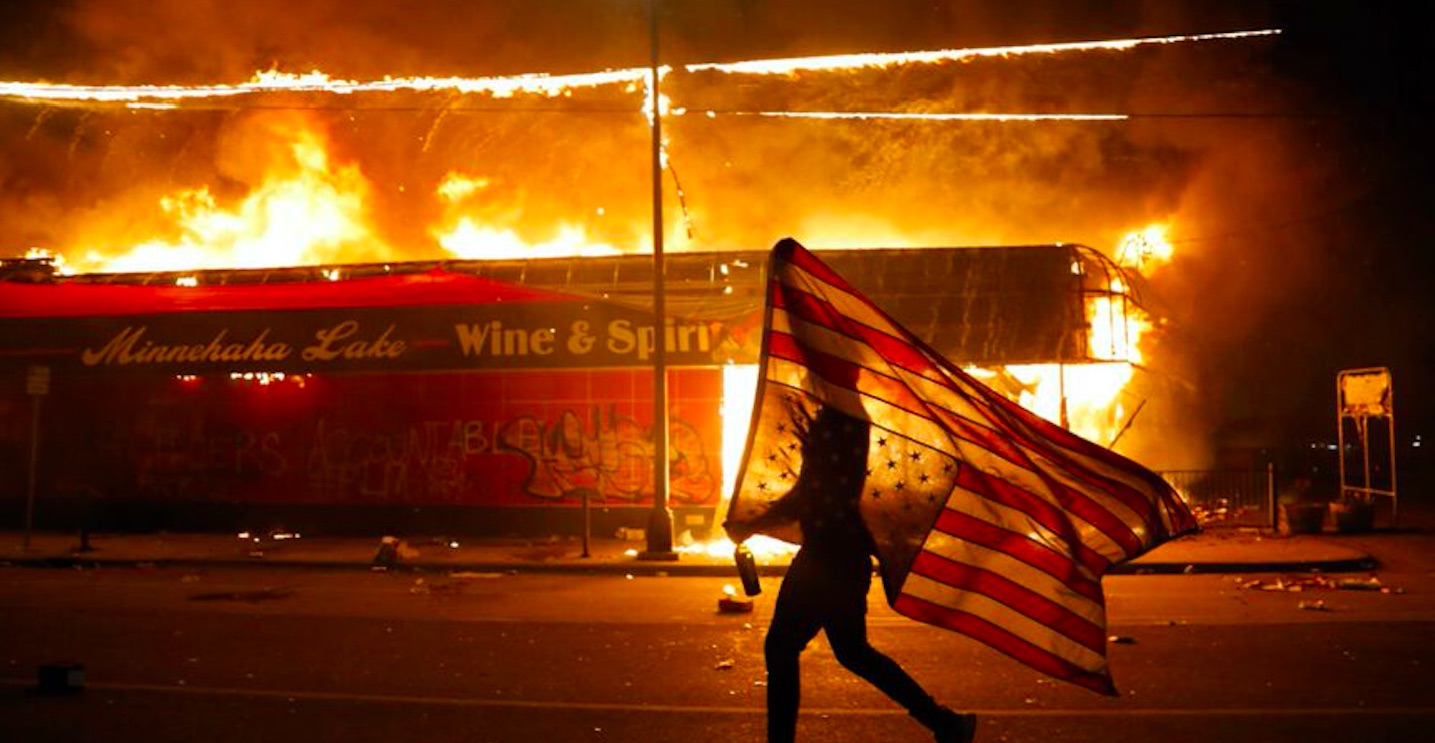 I keep hearing “silence is violence”, but the vast majority of you won’t like what I have to say. So I’ve been trying to enjoy life here in the Sip, but I couldn’t stay silent.

The conversions I’ve had in person or on the phone have been great. I think social media stuff is highly overrated and if not overrated, underrated in how detrimental it can be to our society in general, but that’s another topic. George Floyd’s death was an unfortunate tragedy that has opened up old wounds. The problems we face are extremely nuanced, so it will be difficult to navigate them without a few detours in thought. So bare with me.

Let’s go ahead and get this out of the way. No rational words can describe how Donald Trump has handled the issues that have affected our country. It’s bad and he is bad at his job. I have avoided the scathing criticism of Trump for many reasons, but what 2020 has shown me, and where I have had to change my rhetoric is that Trump is indeed a problem, a major problem. Not only is he not leading the nation through these tumultuous times but he is encouraging more divisive and problematic backlash in a time in which we need a calming voice of reason. I would go into detail, but I’m pretty sure you have an idea.

While his incompetent is a reality, we the people have to maintain our civility and trust the institutions that hold tyranny and overreaching policies in check. It’s becoming increasingly hard not to react to his rhetoric as seen in the case of Twitter and Facebook’s handling of his most recent tweets. Our right to free speech must be maintained, even if there are people who say things we don’t like. Censoring anyone, including the President has far-reaching ramifications that will shake the foundations of our democracy.

At the same time, we must address his comments and summarily distance ourselves from them and expose them to the divisiveness that they create. So without saying, Mark Zuckerburg’s choice not to censor the President on the platform didn’t go over well for some employees, therefore creating more divisiveness.

Wither this is right or wrong is not the topic at hand, the point is that our president insists on creating divisions in our country. I don’t remember him paying respects to George Floyd, offering words of encouragement to the family or lending an ear to protesters. It doesn’t take a rocket scientist to know that even a little effort in these areas could make a substantial difference.

Ideas on How To Stop Police Brutality

I feel like no one is actually addressing the actual issue at hand. I appreciate the protests and demonstrations, but who is making a concerted effort to change our legal and judicial system to prevent these tragedies? We need more legal, rational thinkers to stop being ostracized and pushed to the side en lieu of those just putting on a show or display because, at the end of the day, this is a legal matter. Police have been getting off on this stuff because minorities and disenfranchised people are not properly represented in the law books. It’s a delicate issue that won’t be solved by “solidarity” or white people “standing with you”. There is a need for concrete progress, not whimsical social media posts, and shallow comments by celebrities.

That concrete progress should come in the form of legislation to limit the authority of police officers when engaged in a physical altercation with someone. Moreover, the bar should be lifted with who is allowed to become an officer with periodic evaluations. (We can start making it illegal for an officer to drive his knee into someone’s neck, I mean, wtf?)

Doctors, lawyers, and most other professions have regular evaluations that they have to keep up with so that they can maintain their positions.

That program is going to have to take place at the federal level for maximum effectiveness, but could in theory work at the state level with each state creating their own program. Either way, there must be a program in place that reports to Washington.

The Scope of Racism

We have to stop being so caviler about using the word “Racist” and “Racism”. Every negative racial situation isn’t racist. If a person manipulates a situation using your race, that doesn’t necessarily mean they are “racist”. They are something else that could be just as bad, but thinking their race is superior to yours may not be it. This will help prosecute and legislate situations more precisely and increase the likelihood of convincing others to join your cause.

I know this is unpopular to say, but it has to be said. Every white person that commits a crime against a black person doesn’t automatically deem that a white person is “racist”. I’m by no means saying that about George Floyd, but I’ve seen a ton of situations in which the merit of those claims is questionable at best. You’re essentially crying wolf so that when a real situation arises, the word has less meaning. White and black people have two distinctly different cultures if you didn’t get the memo so disagreements and misunderstands are bound to take place. The only way to bridge that gap is empathy and understanding.

What About Black on Black Crime?

While I agree black on black crime is an issue that proportionally takes more black lives than police brutality, it’s probably not the best argument to make during this time of outrage over George Floyd’s life. Moreover, it doesn’t contribute to finding a solution to the problem that faces us today.

There’s the counterargument that black on black crime is a myth since most crimes are committed interracially anyway. This is a solid argument but does little to get to the heart of the matter.  Just this weekend while protests ranged in and around downtown Chicago, over 80 people were shot and 22 killed on the black-dominated southside. This is obviously the opposite of what’s going on on the Northern white-dominated northside of Chicago.

My hunch is that the problem is more social-economic than a racial issue. People of any race who live in poverty are more likely to commit crimes. Unfortunately, the number of impoverished neighborhoods in America seems to be dominated by African Americans. That’s just it. So yes, it is a major issue but requires a long-term solution while police brutality seems more pertinent.

To Hate is Not Illegal

We, humans, or America, whichever you prefer will NEVER fully legislate prejudice, bias, or racism out of existence. You cant write a law to ban something that’s in someone’s mind and heart. Sorry guys, these things are here to stay just like Coronavirus. The good news is that we can be severely decreased there affect on our everyday lives by legislating the outward manifestation of these ideas and incentivizing behaviors that display the opposite. How about we talk about that more.

I will never, ever condone violence and looting. Word is that many of those who were creating chaos this weekend may not be real protestors, but members of some weird left-wing group. Yet in still I saw people on social media all day condoning lawless behavior when they didn’t have that information. That made me just as sad as I was with the actual death of George Floyd. There is absolutely 1000% no excuse for it, and I vehemently disagree with people like Trevor Noah who go on these political rants about oppressors and such.

Hate me for saying that, I don’t really care. Lawless behavior is never ok. Looting a Target store and stealing a few big-screen TVs has absolutely nothing to do with George Floyd’s death and that act dishonors him.

There are those who want to watch the world burn, others who are just going with the flow, and then others you want that good ole classic SJW attention. Hopefully, you don’t fall into any of those boats, hopefully, you want a solution to the problems that face our society. We need more ideas, solutions and answers and less divisiveness, identity politics, virtue signaling, and empty gestures. There is no “us vs. them”.

6 Reliable Tips for Mastering The Art of Online Research