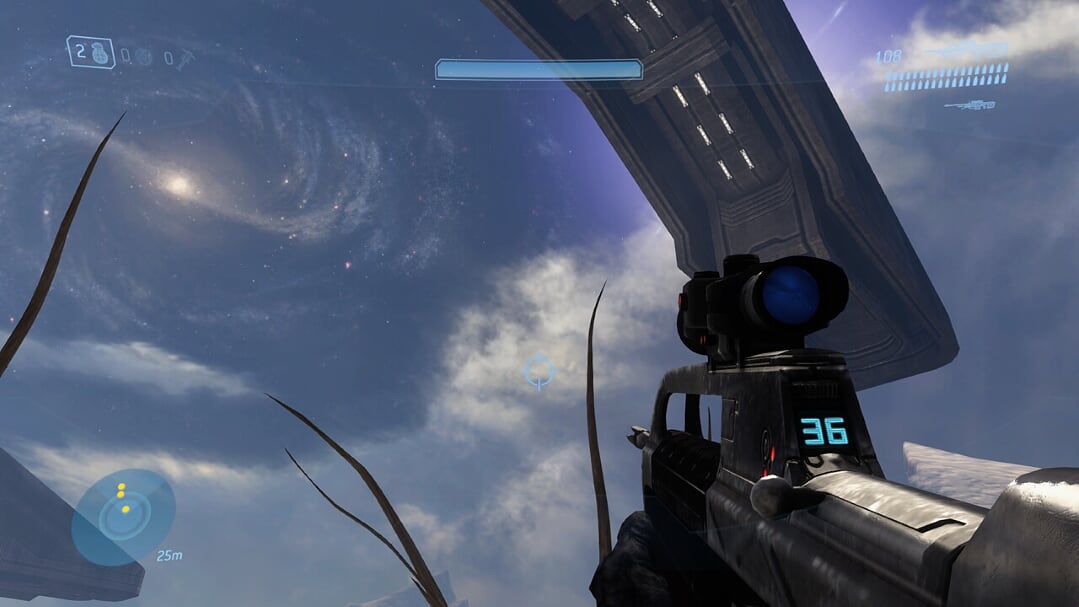 Halo has been one of my favorite pastimes over the last decade. I remember the first time I picked up a controller at my friend’s place in the earlier 2000s. I had no idea what I was playing or doing, but the game somehow was soothing to play. It had the perfect balance of a beautiful open-world ripe for exploration but also a first-person shooter with just the right amount of difficulty.

The game was set in the future on a mysterious ringworld you crashed into while being chased by aliens determined to destroy your ship. You weren’t the captain of this ship or even a known military leader. But you were a human, super-soldier, awaken for dier situations such as these.

As the story goes, we humans were space-faring and settling foreign worlds, but still engaged in the self-destructive behavior of divisive politics and civil wars. We were still bumping our heads as infants in the cosmos and meeting species who weren’t too fond of us.

The mystery, intrigue, and gameplay of this game was perfect. It wasn’t overly gorry or flashy. There wasn’t an over the top violent, military operation such as Gears of War or a shiny, generic futuristic world of most video games. Halo Combat Evolved was just some marines lost in space, trying to survive while being hunted on a mysterious but beautiful ringworld. The music was ancient, ambient, and appropriately dramatic, correlating to the gameplay and where you were in the Halo universe. The music was was not only integral to the story but helped to tell the story.

As Master Chief, you survived waves of enemies but simultaneously learned about this ancient, spiritual place. You were in awe of the structures and technology; ancient, but more advanced beyond anything you have seen.

The shapes, symbols, and glyphs made the world seem alive, but ominously dormant. It was as though their inhabitants were still there, watching in the shadows as you stumbled around their holy structures, shrinking under the weight of their godlike presence. Everything from the automatic doors, corridors, and elevators worked perfectly. Still, it was evident that they haven’t been used in some time, millions of years. 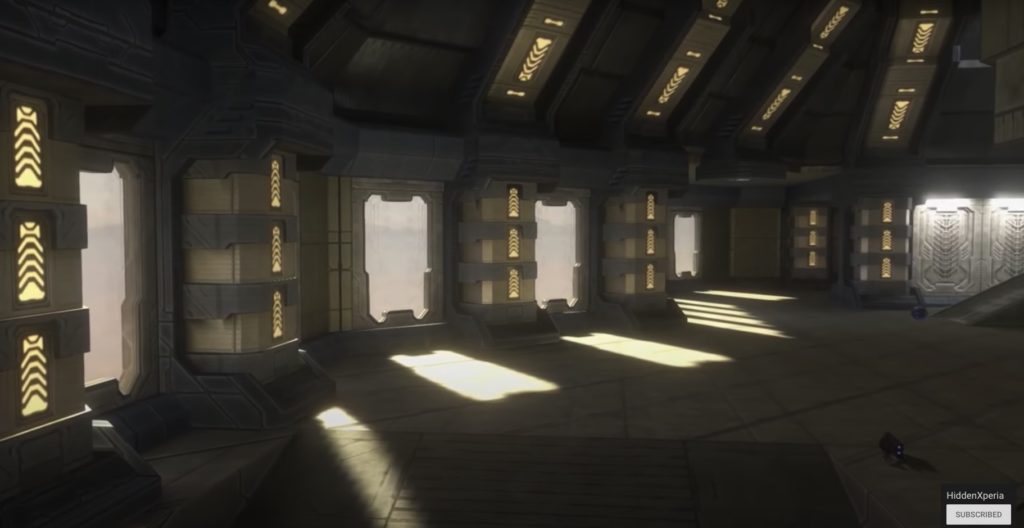 The fluidity of organic life and technology worked seamlessly. It was as though it’s former inhabitants reached a point in their evolutionary journey in which the lines between life and technology merged. These structures were holy and majestic, but discreet and non-assuming. Technologically advanced but old, ancient and worn.

Where is everyone? That’s the question you grappled with as you fought your way through pockets of Covenant forces, reuniting with stranded marines and raced to keep them alive. You were outmatched and outgunned by the Covenant, but you pressed on. 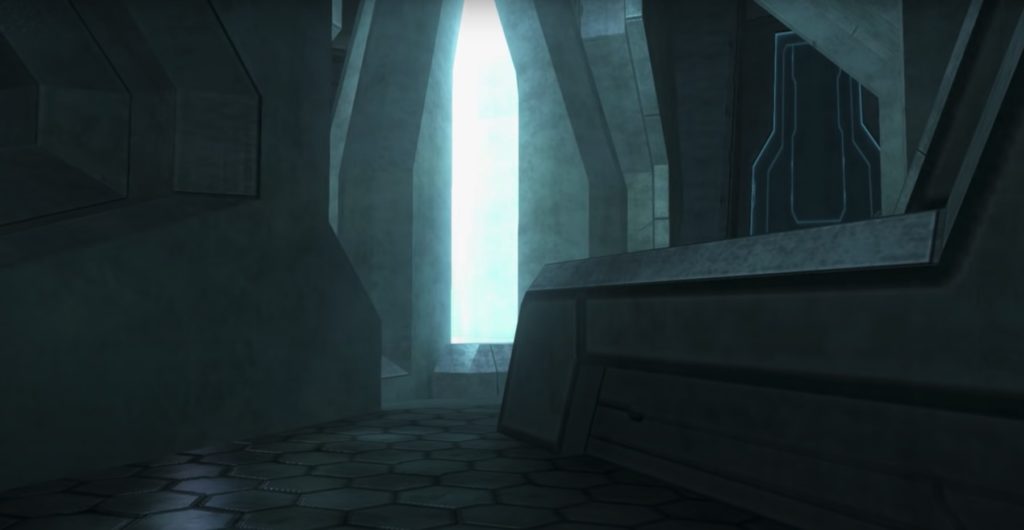 The Covenant’s forces, ships, and weapons seemed far superior, efficient, and effective than yours. They used weapons and technology that was easy to grasp but horrifyingly deadly. Every aspect of their tech was based on plasma and some unknown royal purple material, similar to how human tech is based on electricity and metal.

The royal purples and muted blues were beautifully constructed to communicate how alien these species were. They were the perfect, deadly alien foe. They bled just like you; however, they were bigger, more agile, and most importantly, driven by deeply held religious beliefs.

As you later learned, the Covenant worshipped at the altar of these mysterious ring-like structures. This “covenant” was brought together under the belief that they would someday join the ancient builders as Gods. They believed that the former inhabitants of the ringworld used the ring to propel themselves into the divine beyond, naming this ascension as the “great journey.” In their eyes, we were desecrating this holy place with our unholy presence. Our punishment was extermination. 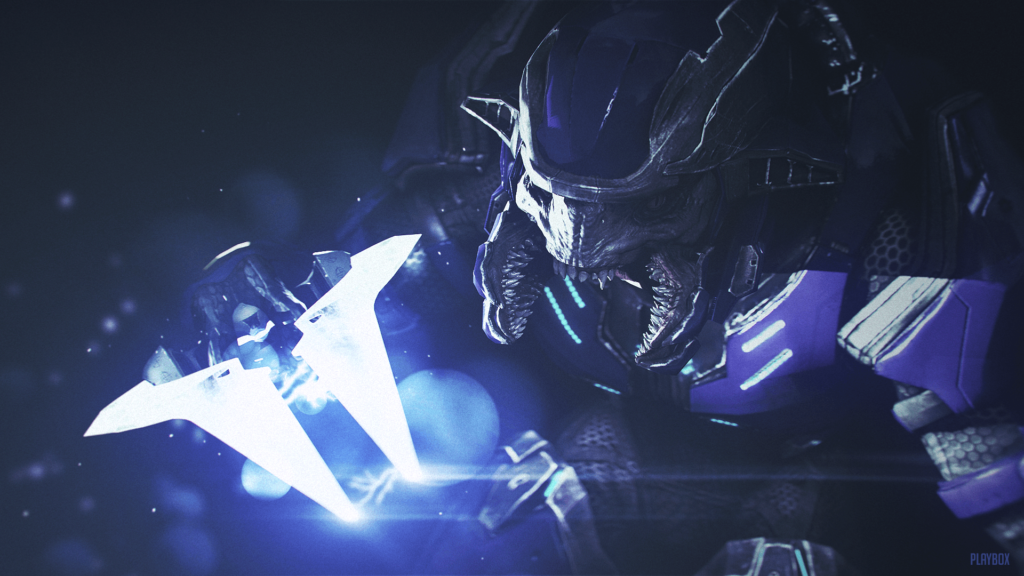 A marine alone wouldn’t stand a chance in a one on one situation with one, but you, a human super-soldier stood half the chance. As you explored this ringworld, you were aided by Cortona, your AI companion who kept the Master Chief company on this epic journey. I thought of her more as a computer program in Master Chief’s helmet. But she was much more. She spoke with Master Chief, but essentially, she talked to you, the player of the game, asking the same questions as you while navigated this strange world.

She kept the talking to a minimum. However, she decimated relevant information, asked pertinent questions, delivered light-hearted one-liners, and kept you in contact with the rest of the UNSC or the Human forces. This dynamic was perfect as you, Master Chief, focused on the task at hand, doing the heavy lifting, saving lives…serving as humanity’s last hope.

This was my first experience with Halo.

Why Halo 4 is the Worst Halo Game

What the Solar Republic Means to Me